Upon being asked if objects could tell stories, each of us received a bag and were told to add objects to it, create a persona and elaborate it until this alter ego might as well have been real.

I received pants, in its pockets were stuffed festive paper napkins, an old newspaper, a crumpled tissue, socks and a worn leather belt. To this, I added a broken keyring, a used bus ticket, a rock, a lighter and 50 euros.

From this, I developed a mind mad which would me create my character and understand them. I analysed each object, found connections and made deductions which told me a lot about who this person could be.

Once I had a general idea of who my alter ego was -an elderly man with Alzheimer- I proceeded to further detail his identity, this included his name, age, residence, marital status and so on.

Once my character was no longer mainly composed of general guidelines but of more precise facts, I then employed myself to anchoring him further into reality by realising demographic, personality and lifestyle mood boards. These had to include and give us insight as to his age, sex, marital status, nationality, job, likes/dislikes, hobbies but also his friends, family, pets and home. 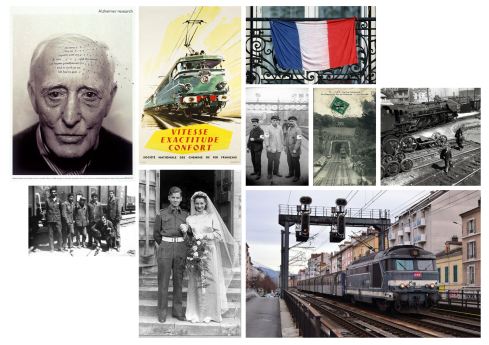 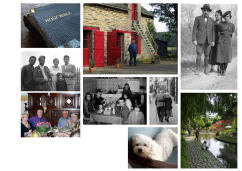 A general aesthetic and way of living started taking form here, this was accentuated by scamping a day of their lives.

As a consumer who would our character be? I realised his consumer profile, exposing his brand loyalties as well as details about his life, such as transport, his way of dressing and his choice of books to understand him better and make him more tangible.

I also established his social media profile which was a rather complicated thing to do as I doubt we know many elderly people with Alzheimer owning one or several social media accounts. So instead, I brought his family forward, making them the owners and users of said accounts, thus giving myself more insight as to the workings of this family and its members. They appeared caring, scattered around the country and yet still attempting to be there when possible, all that with a touch of humour. 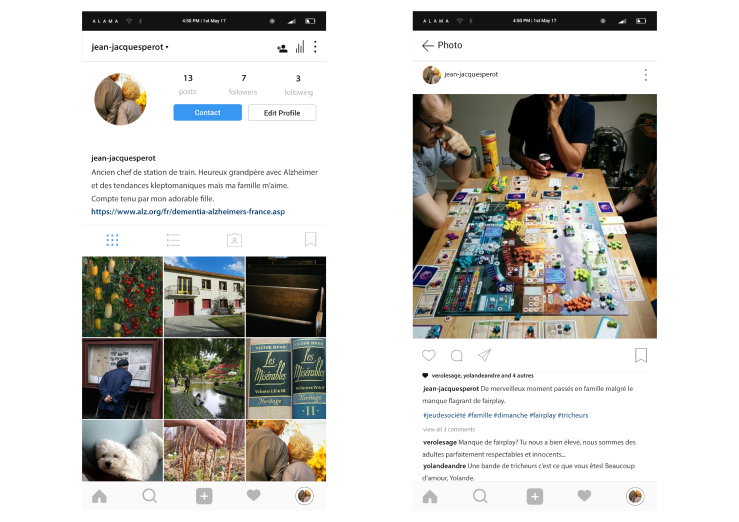 As I worked on this persona, mostly when the brand loyalty mood board was being created, I realised that there are several problems which are yet to be solved concerning elderly and disabled people in France. I ended my project on his customer avatar in which I talked about the disabilities his condition imposes on him in his everyday life but also to his family and caretakers. I underlined the fact that there is no adapted clothing line to make life easier for both parties, it’s not impossible to find adapted clothing but it certainly isn’t easy. What’s more, there is no network or platform for that kind of thing, the care homes don’t talk or give leaflets about equipment shops or where to buy clothing. There is a lack of product but also of information. This is something I wish to look into during this second semester and will be continuing.