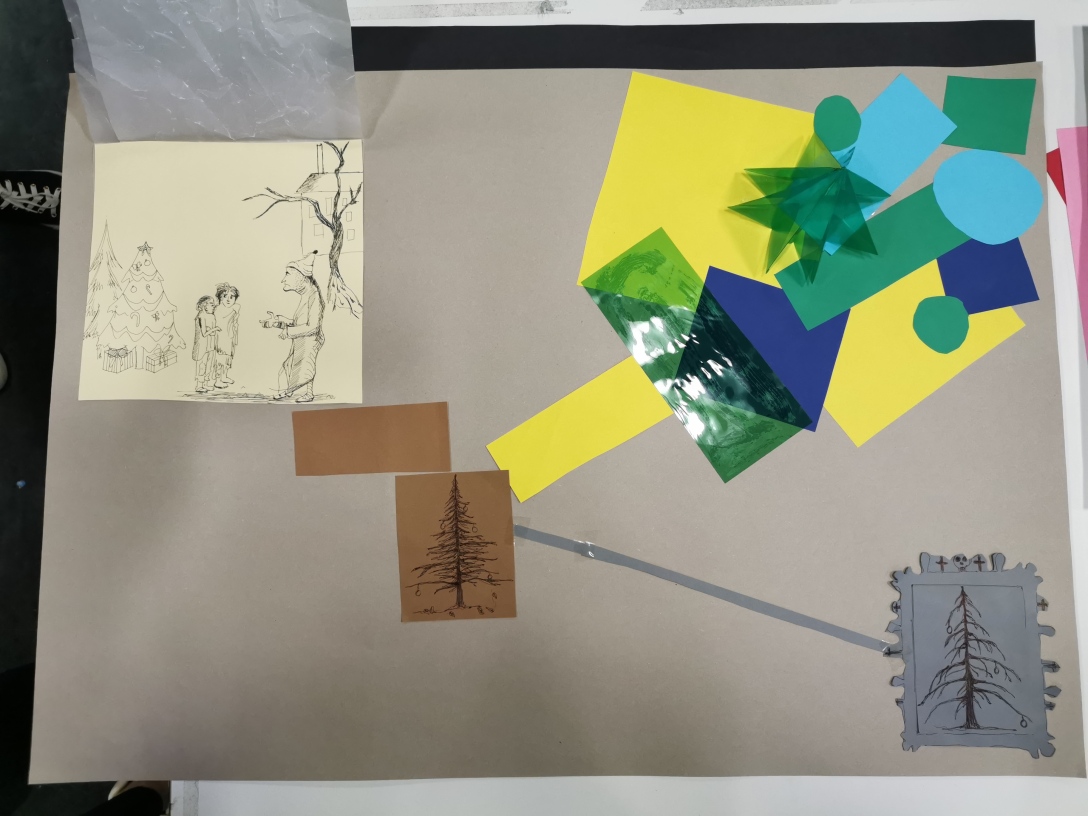 The Geography students came to our studio for a mapping activity. We got put into groups, and we were given a task. We had to map either the physical places or the timeline in the story A Christmas Carol. I’ve never read the story or watched the movies, and it seems like my course was very much in the same boat as me.

We were given craft materials, mostly a lot of colourful paper in various sizes. With those, we had to use both of our set of skills and point of views to make a map.

We decided to tackle time: past, present and future. I had a storyboard in mind, whereas the girls from Geography were thinking of a timeline. We eventually went with the latter and talked a bit about key colours. Colours have connotations, and we felt that to easily and quickly convey our message, we had to choose the right colours. In art, especially film, sepia tones indicate the past, the present doesn’t change and blue tones for future (these are my perceptions and Blade Runner 1982 might have linked the colour blue to the future for me). In old maps, black and white was used, which is also used in cinema. 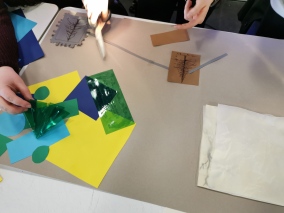 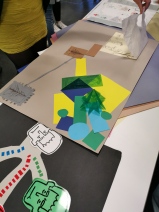 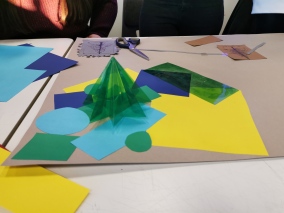 We ended up going with different styles and colours. Black and white for the past with a layer of scrunched up transparent paper to act as a veil, as if the memories of a happy Christmas are distant and hazy. Earthy tones for the characters’ dull Christmas. A gothic black and white drawing of a dead tree for the ‘death’ alternative. The other option is full of colour with a 3D Christmas tree glued to the paper. 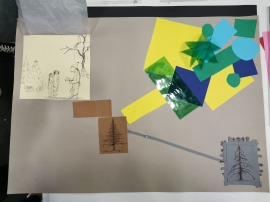 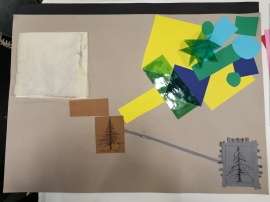 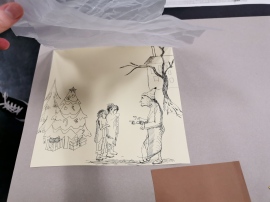 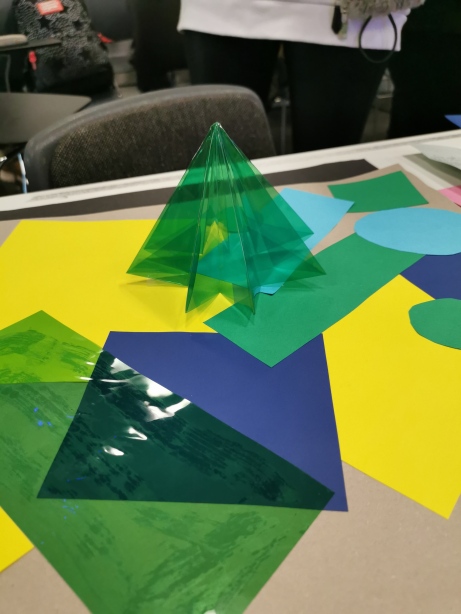 It’s not really about the map but how we got there. At first, I completely forgot to include Geography in the map-making. Including both was harder than I expected it to be. In the end, we managed to make something coherent by listening to each other and making concessions.