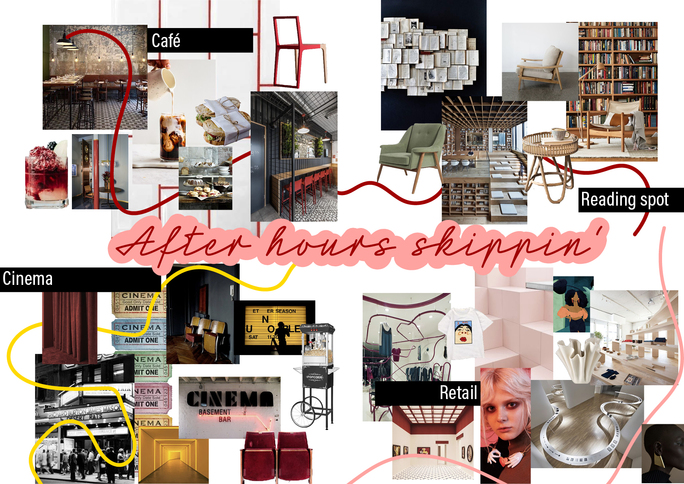 Kingston University’s student union wants to open a shop run by students. The objective is to sell objects, clothing and other items crafted by our alumni. They will receive the opportunity to develop an activity, make connections and gain the skills and understanding necessary to running a business.

We were tasked with creating the documents that the student union will use to start and continue the project, the concept for the shop and its launch, and finally, visuals.

Initial thoughts on the team

My team consists of Natalie, Valentina and myself. I had never worked with Natalie before, but I knew her to be a hard-working person. I was excited and reassured to work with her as I know that communication and solving problems together wouldn’t be a problem. I was a little more apprehensive of working with Valentina. We worked together last year and failed to effectively communicate with each other to fully develop a response to the brief approved by the whole team.

I. Project Process and team dynamic

Initially, it was only Natalie and me with Valentina joining us later. We had already started rewriting the brief and coming up with a general idea of what we wanted to deliver, as well as concepts.

It was quite slow at the beginning, as all of us were working on other projects. This lead to unequal engagement which was solved later on. We were quite slow with establishing roles and assigning tasks to each member. It contributed to the unequal engagement already present. Once we remedied to that, the project came along smoothly with each of us doing our parts.

We created a basecamp (https://3.basecamp.com/3642213/buckets/15284868/vaults/2334115644), WhatsApp communication group, as well as a google docs folder to share visual content, documents and communicate with the rest of the group. It was easier to keep track of everything. There was a lot of back and forth, beginning of ideas, and visual content that needed approval and criticism. Being able to communicate and see what everyone was doing was crucial. We were able to make decisions together and give feedback accordingly. I was afraid that we wouldn’t be able to communicate properly, but we all had similar ideas which helped in the completion of our work. Whenever the other members weren’t on board with an idea or a visual, we explained our thoughts quite well and were able to come to a decision and compromise easily. Additionally, we assigned tasks according to our skillsets. It made it easier to trust one another and the work that would be done. 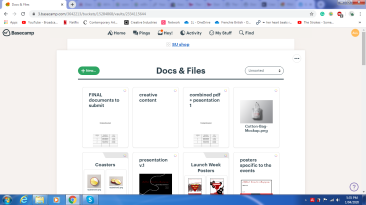 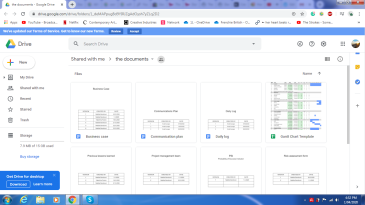 The documents were split between the three of us. This is were the engagement shifted as we got involved in our respective work. I took care of the daily log and the communication plan. We all struggled with the documents. Firstly, we had never done anything like it. Secondly, we failed to make a list, plan or timeline that we could’ve annotated as we completed things. In hindsight, it would’ve been a good idea as it would have spared us going back and forth wondering if we had forgotten about anything. Thirdly, there was a lot of predictions and estimations for things that we had never done and applied in real life.

When Natalie and I first discussed this project, we had in mind very obvious choices such as a café and a library to add to the retail space. So we played around with the idea of doing the complete opposite and making the shop as quirky as possible. Our objective was to make it as original as possible. The more concepts we thought of, the more we forgot who we were creating it for. Eventually, we took into consideration the university, the student union, the students and the future customers. 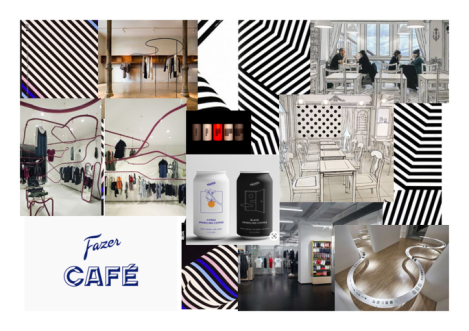 We wanted a space people could come to spend time and feel comfortable in. As the ideas developed, we knew we wanted the shop to be open during the day but also at night. We’d already settled on the idea of the café, library and workshops. We added a cinema, a stage for live music and other events. We wished to play on that duality, make it comforting and welcoming but also youthful and exuberant. 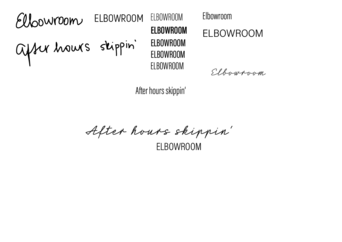 Following that thought process, Natalie and I decided on Elbowroom as a collective space you could share but also use on your own and After Hours Skippin’ in reference to it remaining open until late. The former is already in use, so we went with the latter. It isn’t supposed to mean anything in particular, whatever meaning it will hold will come from the people using the space.

We had a distinct idea of using neons in the shop, thus where the colour palette comes from. Black, grey and white being neutral colours, the red, as the primary colour, and the pink and yellow, as secondary colours, offset it and give a soothing and electric atmosphere depending on their use. We did several mood boards to first get a better understanding of what each of our vision was and then to develop a common identity. 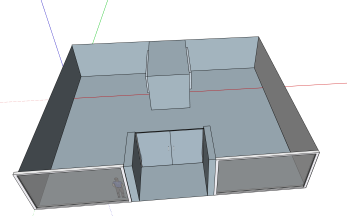 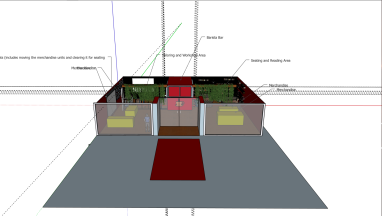 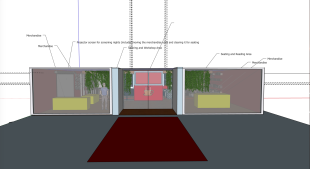 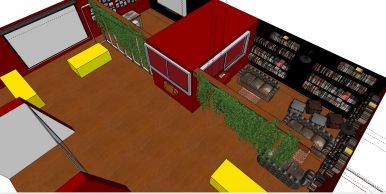 After Hours Skippin’ is born from the desire to offer unconventional experiences to the public rather than another retail space. Its initial mission is to give the students of Kingston University a chance to sell their products, develop an activity, make connections and gain the skills and understanding necessary to managing a business.

However, we want it to be more than just a retail space. We want it to be the setting for creativity and exchanges to happen, such as the sharing of knowledge and experiences. We want it to be the place for relationships to form. To do so, we decided that it will host daily workshops and activities for all ages. Additional services include a tailoring station to repair, customise or style clothing, along with a café, a library, a reading corner and, when scheduled, a cinema. During the nighttime, weekly screenings, poetry nights, live concerts or and parties will be held.

We want it to support diversity and encourage people to be politically aware and engaged. The shop follows international dates, such as LGBTQ+ or Black history months, and changes its theme accordingly. A part of the income will go to selected charities.

Location of the shop 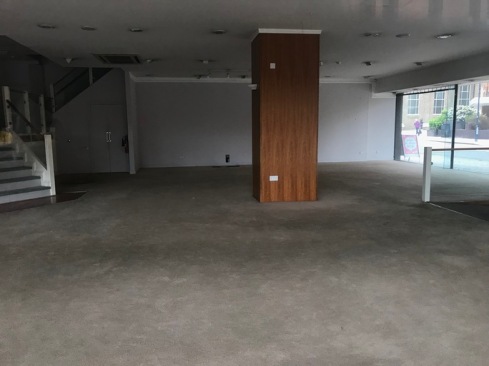 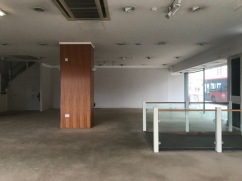 Once we got the location of the shop, Valentina drew floor plans which then helped Natalie create visuals for the shops interior. I continued the mood boards for the shops’ visuals to further define the atmosphere we were going for. As a result, I started working on the advertising and promotional aspect of the project. This later led me to take care of the launch events, which turned in a week-long series of events. 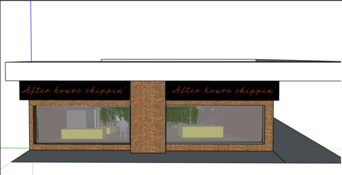 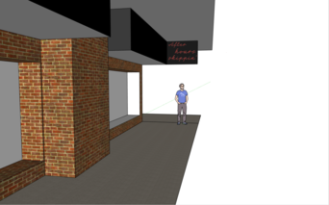 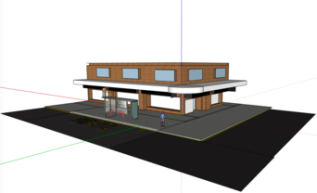 I had started doing mood boards at the beginning of the project. Firstly for the interior, then for the advertising part. Looking at what worked and what all of the team members liked. I struggled a bit with the posters. Photoshop isn’t my strong suit and without images of the shop or a graphic tablet, drawing visual content with only basic knowledge of the software and a laptop proved to expectedly challenging.

At first, I clung to what I knew, using images of the films scheduled in the events, but neither the layout or colours were satisfying. I tried representing events without giving a visual identity to After Hours Skippin’. I dropped the posters for the events for a while and started working on posters for the shop. I went back to the red line and worked from there. I tried to capture the chill and welcoming atmosphere we want the shop to give out, while also mixing in the eclectic and youthful aspect of it with the colours. 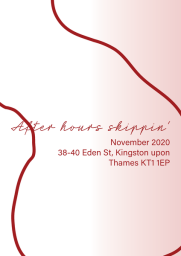 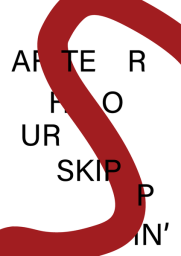 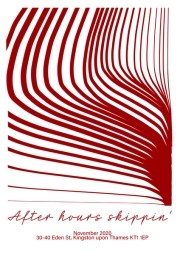 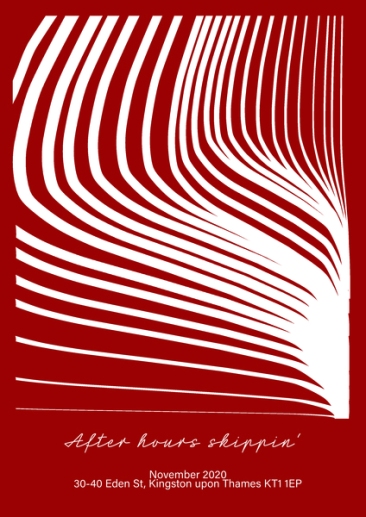 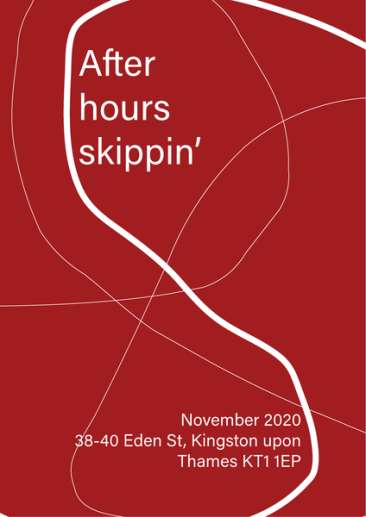 As we intend to raise funds for charities, I created merchandise for customers. The funds of which would go to said charities. I started designing tote bags but I was also planning on having reusable coffee mugs and reusable fabric grocery/vegetable bags as a way to promote a more eco-conscious lifestyle.

If anything, I was reminded that one can always find ways to create something but also that having the proper materials and knowledge gives you an undeniable advantage. Basically, I need to up my game. The decision process was fairly easy. I’m very critical of my work and Natalie knew what she envisioned for the shop, so we agreed on pretty much anything. 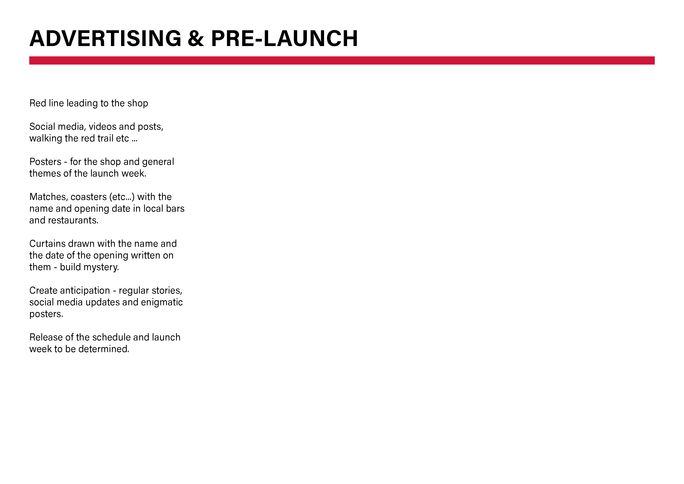 Aside from the use of social media, I incorporated the distinctive red line as a way to lead people to the shop but also to spread awareness about its’ existence. Its’ presence in the streets of Kingston would lead to questioning and perhaps enough curiosity to either follow it or research it. Social media remains our main vehicle for information. We created posters and Instagram stories that could be posted on the different channels as a way to inform people of the shop, its’ opening and more importantly of the launch week events: what they are, the dates and how to sign up for those that need signing up. Additionally, I’ve created a set of coasters with the shops’ logo and opening date. I intend for those to be distributed to local businesses, such as bars and restaurants, to use and consequently, inform their customers.

Advertising in the streets 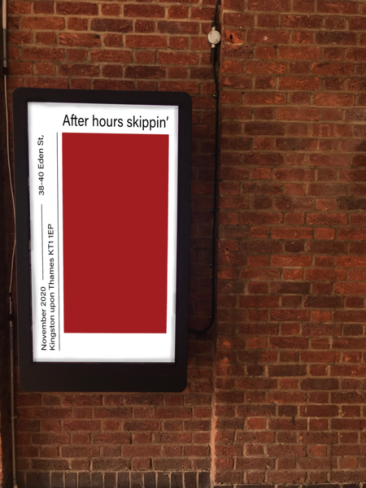 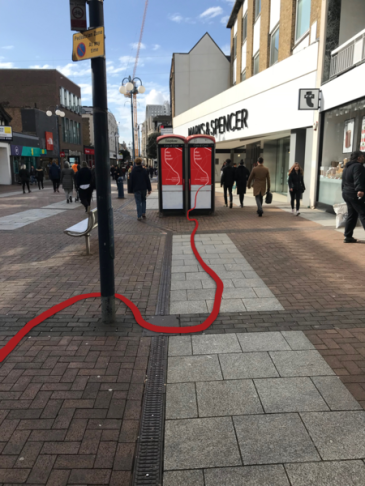 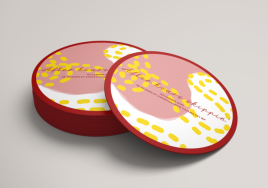 We struggled with the launch, everything we came up with seemed to have already been done several times. We collected ideas from other groups. They came up with ideas based on a mood board and a brief description of the shop. However, most of the suggestions were already part of the concept. As a result, we worked with what we already had. 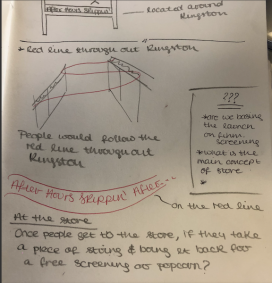 Originally, the shops’ theme changes every month according to international dates, such as Black history month in October in the UK and LGBTQ+ history month in February. Exceptionally, we decided to organise a launch week and change the theme every day. The supported charities will change accordingly. This is a way for the public to get acquainted with the shop. 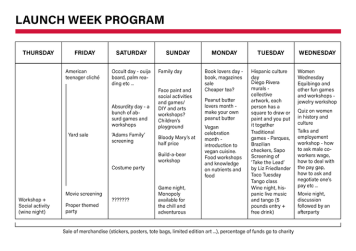 I set up a timetable of days and themes. Some required extensive research such as the Spanish culture day, if only because, while we strive to spread awareness and to introduce people to new things, we don’t want to encourage stereotypes and spread misinformation. I tried to keep in mind the identity of the shop, its’ mission as well as what the public will be interested in and offer as much diversity as possible.

Final version of the program

The challenge laid in doing that while offering something new, not forgetting that this was first and foremost a retail space and being mindful of limitations. Half of the time, I realised that some things were not doable on my own, usually because of the desire to be mindful and respectful of cultures I’m not a part of. As for the other half, my team reminded me of limitations, such as budget, or health and safety.

Per example, I had planned a Vegan discovery day with cooking workshops which logically entailed buying and setting up enough equipment for 10 people, something I completely overlooked. Natalie shot that idea down.

We aim to give the student union the tools to open their student shop but also create a unique place frequented by all types of people.

I believe we managed to do that efficiently and cohesively. We worked well together. It was sometimes slow and frustrating, but communication was never a problem. Every problem and doubt were talked about and dealt with as soon as it arose. Every idea was discussed fairly and approved by all members.